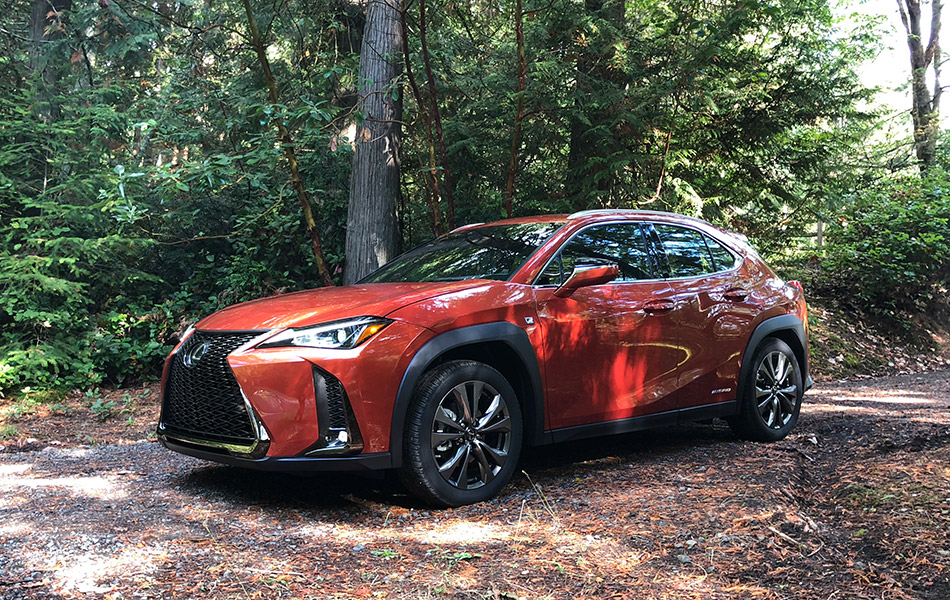 A rip-roaring replacement for the firm’s dated CT hatchback, the 2019 Lexus UX has effortlessly maneuvered its way into our year’s ‘Best of Crossovers’ list—and is vying for a spot on the podium. In an ever-saturating market, this beauty promises to offer a more (relatively) affordable entry into the luxury auto world, aimed at trendy urbanites prone to weekend adventuring. 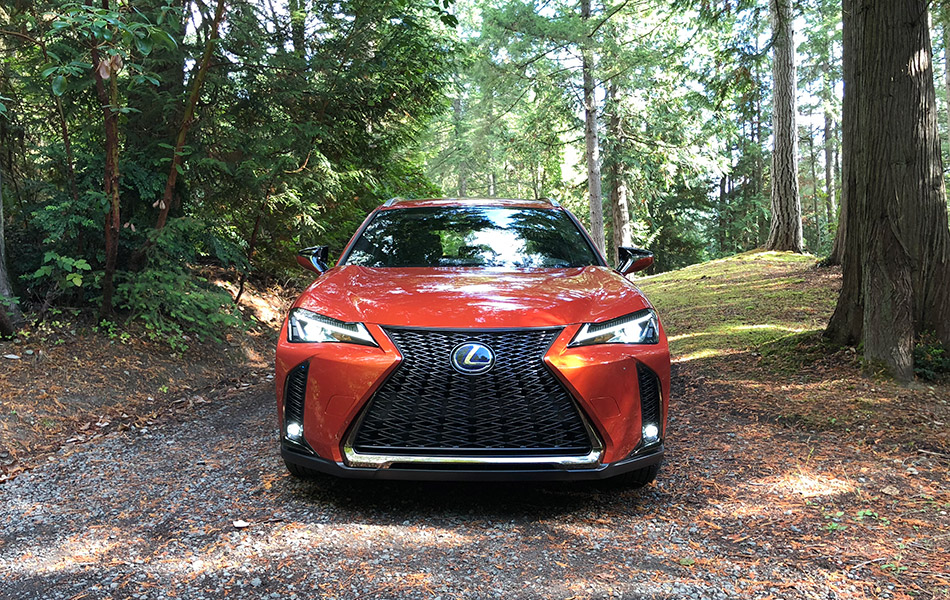 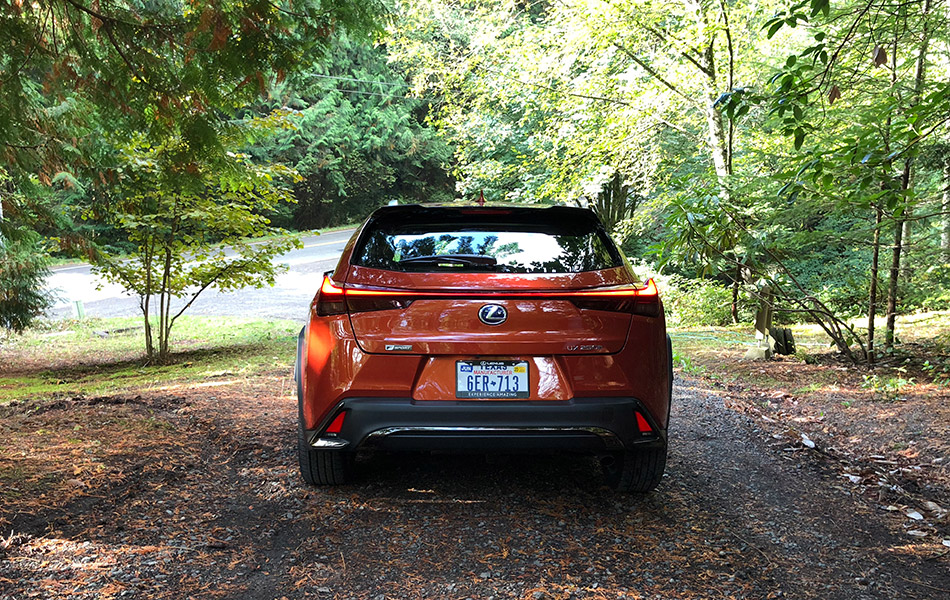 Majestically shaped, upfront the UX is adorned with a seductive spindle grille and to the rear finned lights are connected by a lightbar and complemented by a subtle rooftop spoiler. The silhouette strikes the perfect balance between sport and seriousness, while plenty of excess baggage is shed thanks to aluminum doors, hood and front fenders and a liftgate forged from polymers. Striking new colorways include Autumn Shimmer, Cadmium Orange and Nori Green. 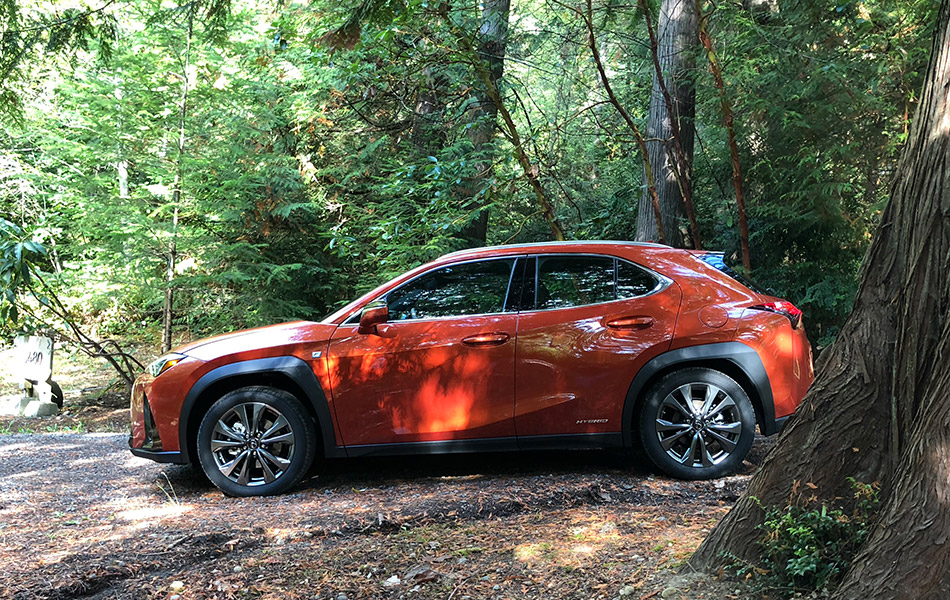 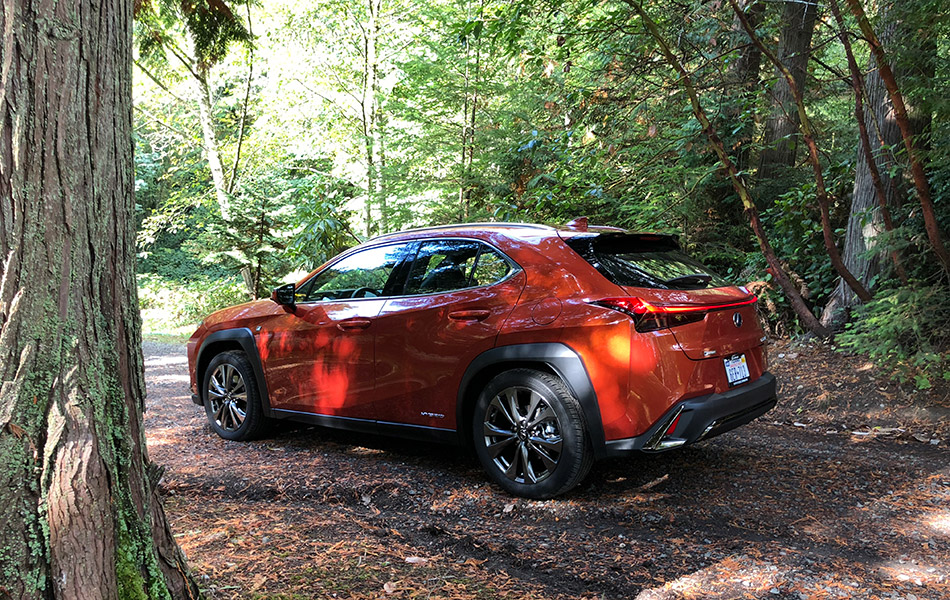 Two UX powertrains are up for grabs, the base (UX 200) being a 2-liter four-cylinder engine good for 169hp and 151lb/ft of torque with front-wheel drive and a continuously variable transmission. There’s the option for (low-speed) all-wheel drive with the other powertrain (UX 250h), a glorious hybrid offering that merges an Atkinson-cycle version of the 143hp 2-liter engine with a couple of motor-generators that power the front axle for a peak 175hp. An extra motor can drive the rear wheels for another 7hp, but only up to 45mph. Both drive beautifully, the base a little faster on the tarmac, but then you’re not necessarily purchasing this ride for outright speed, rather its tech. And there’s plenty of that. 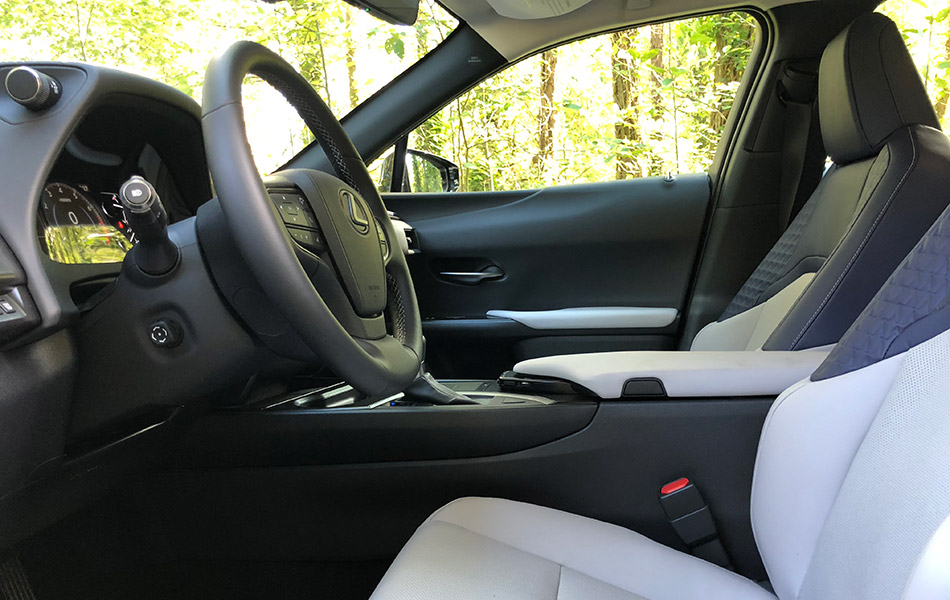 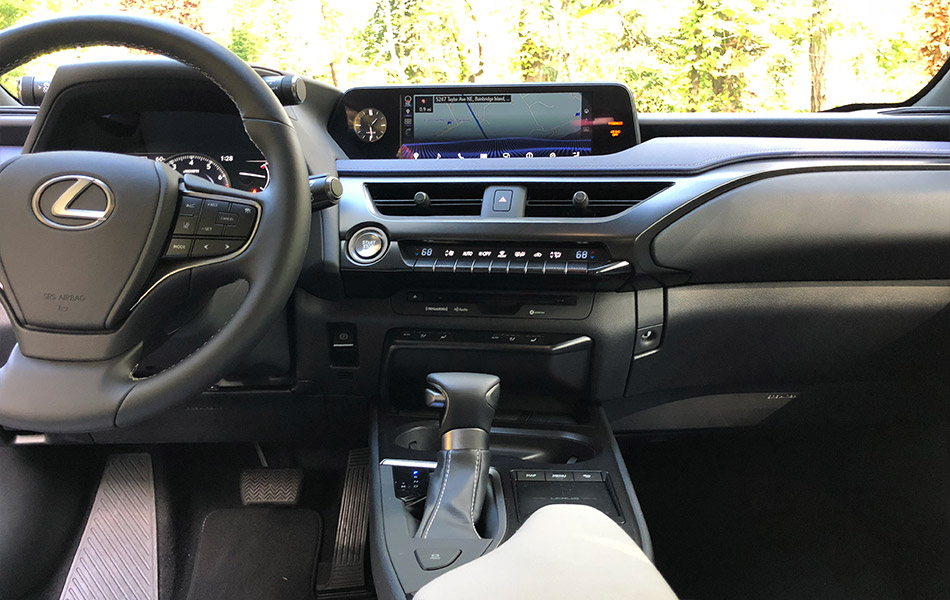 As for fuel efficiency, expect 33mpg combined with the UX200 and 38mpg for the hybrid—and don’t expect to find anything much better than those in the class. Another class-topper is the UX’s spacious, silent cabin, that’s also equipped with, as standard, a seven-inch touchscreen infotainment system (there’s an optional 10-inch with navigation) with built-in Spotify and Amazon Alexa integration to allow starting or locking your car by voice command. There are also a couple of pairs of USB ports—front and back—and an optional wireless charging pad. The wifi hotspot is loaded with one year/4GB of free data—once it’s spent you’ll need to sign up for a Verizon plan. Apple CarPlay is standard, Android Auto is not (and not currently optional). Much welcome armrest controls make controlling it all a breeze. 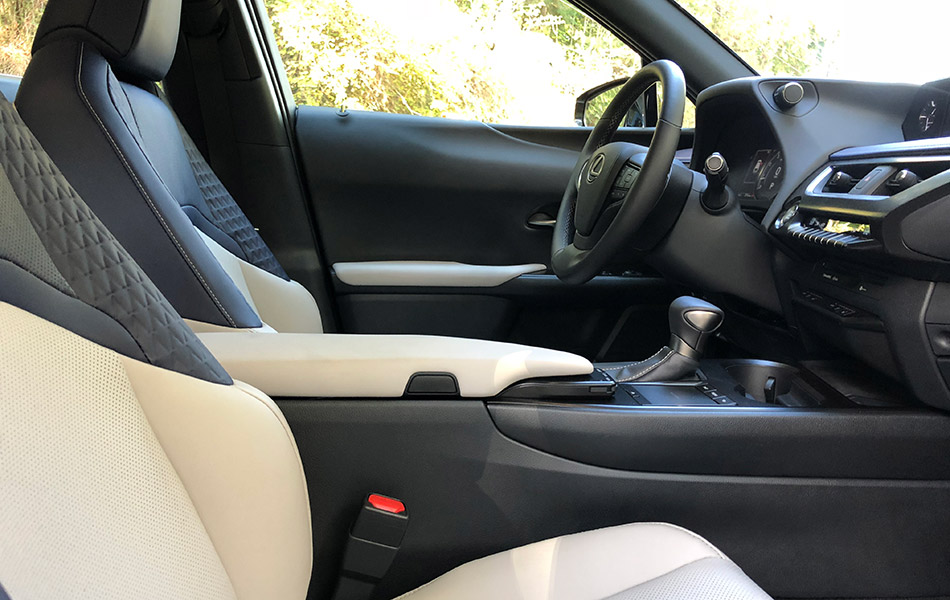 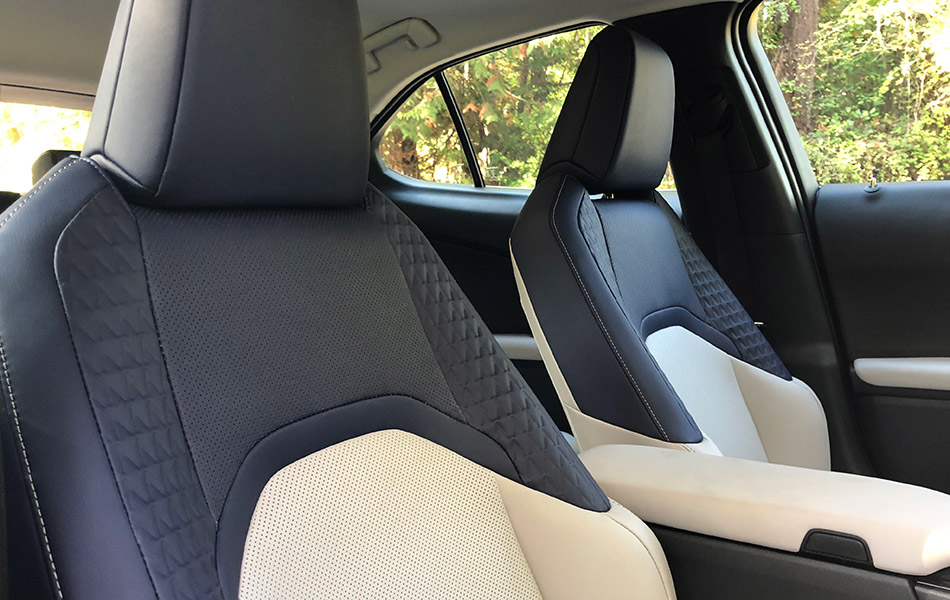 Other standout features of the 2019 Lexus UX are the wealth of safety features such as dual front, front knee, front side, and curtain airbags. Traction and stability control systems are backed by the likes of pre-collision and pedestrian warnings, lane departure alert with steering assist, lane tracing assist and automatic full beams, all in a package collectively called the Lexus Safety System 2.0 Plus suite. And it’s all standard. 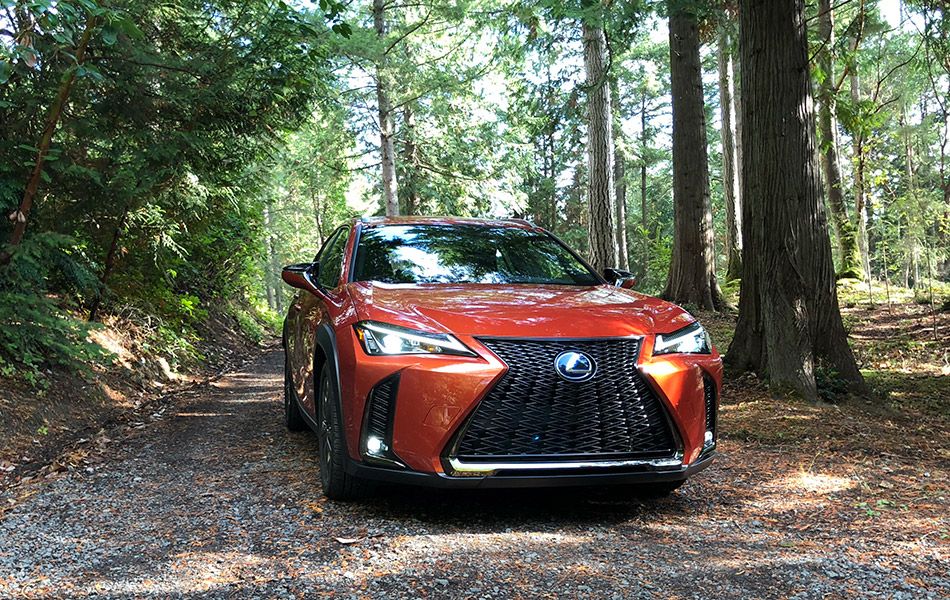 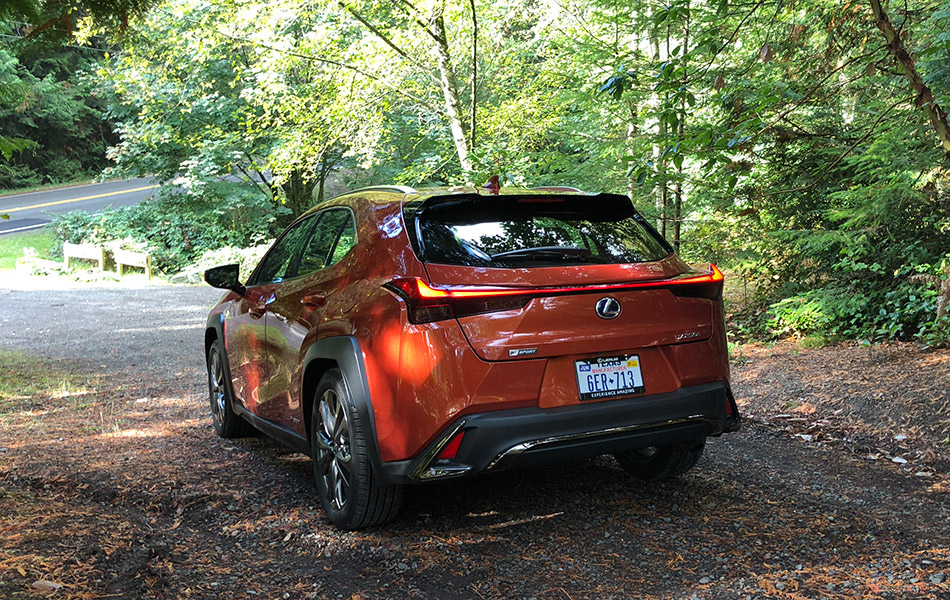