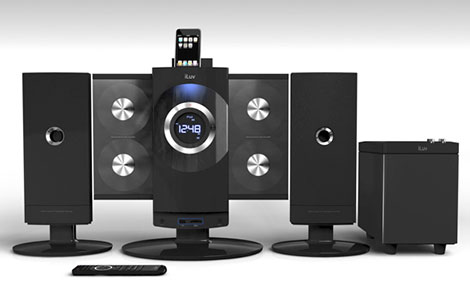 Recently announced by iLuv, the i9500 ($TBA) will be succeeding their popular i9200. This wall-mountable sound system is well equiped with four CD trays that reads WAV, MP3 and WMA formats, a dock for Apple devices, SD card slot, a pair of 45w speakers and a sizeable subwoofer. If that’s not enough, the i9500 also come with an integrated FM tuner and a built-in alarm clock. [via Gizmodo] 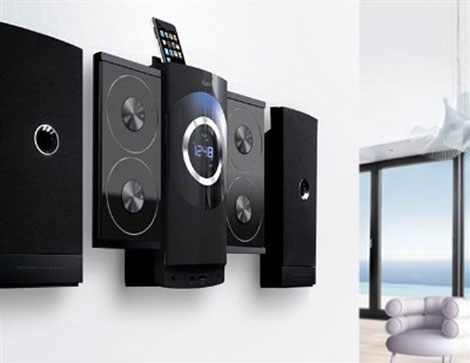