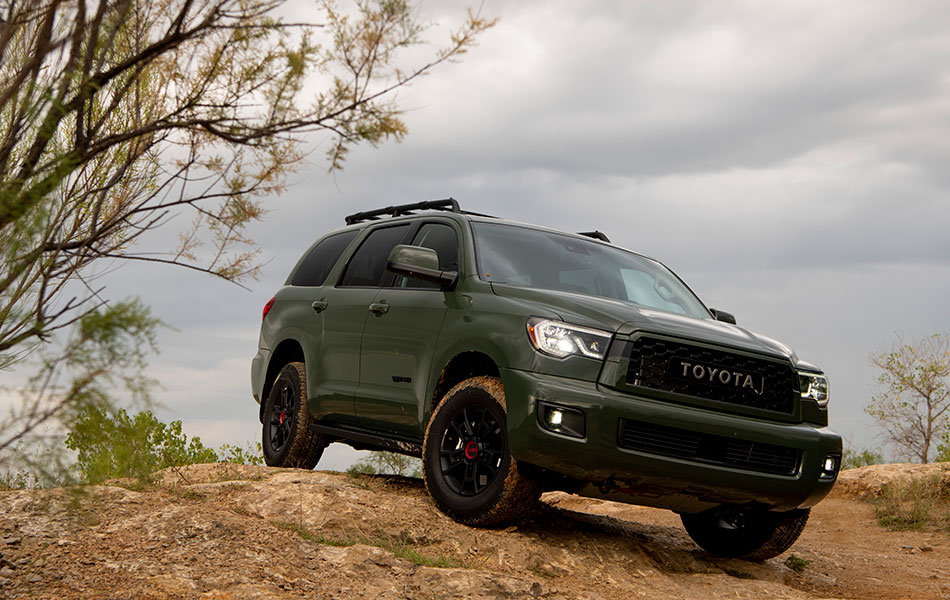 Toyota’s legendary Land Cruiser has ruled the large SUV segment for, well, forever, partly due to the fact that the Sequoia hasn’t had an update for more than a decade, but now it’s ready to storm out of the shadows thanks to its TRD Pro-fueled facelift. 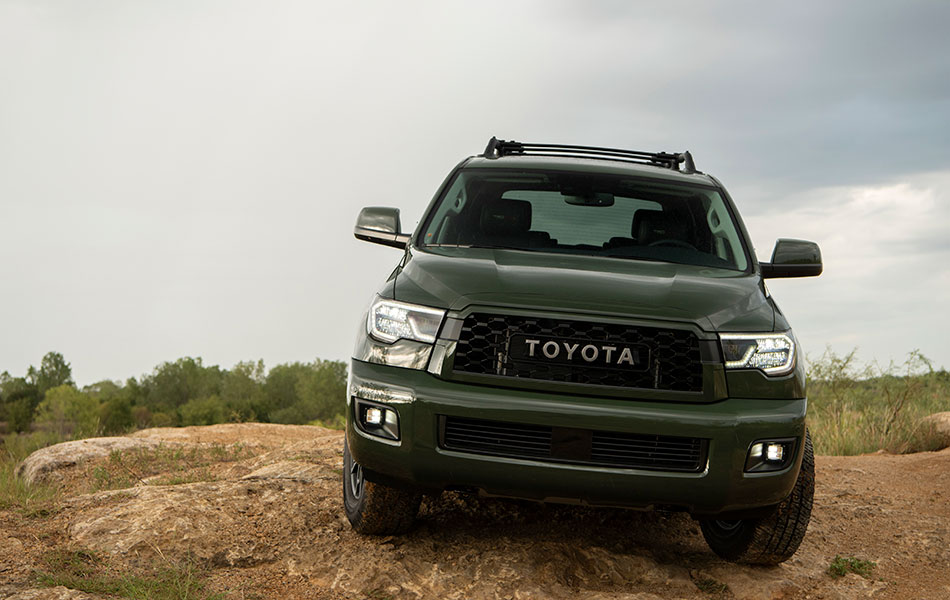 And so, the 2020 Sequoia TRD Pro is one mean beast, boasting big, bad off-road bragging rights to bring it in line with other newly-imbued TRD Pro models—think the Tacoma, Tundra, and 4Runner—while also rivaling even some serious trucks in terms of capability and outright toughness. 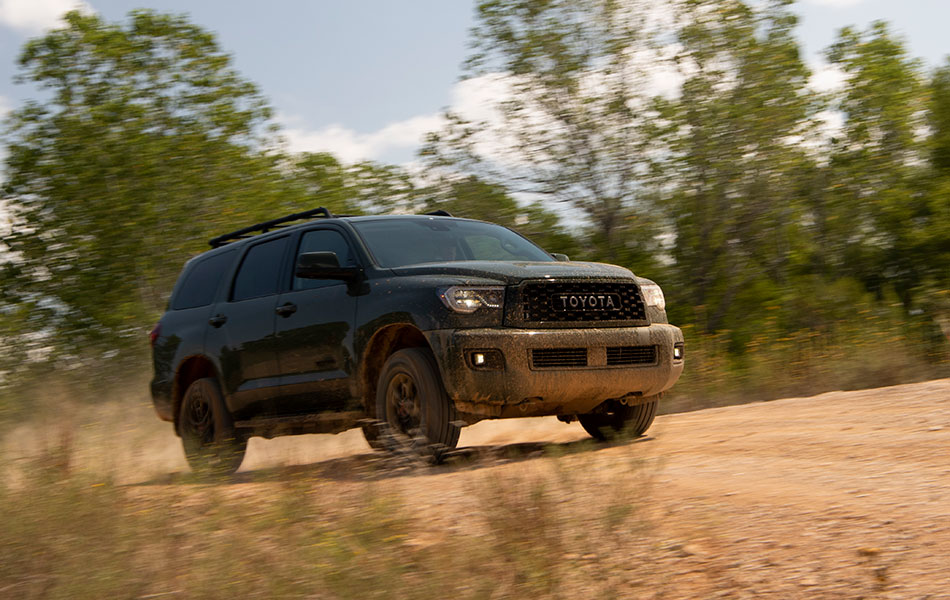 Inspired by the Tundra, unsurprisingly the Sequoia sports standard all-wheel drive with a Torsen limited-slip center differential and low-speed transfer case, enhanced by other all-conquering features like a front skid plate, running boards, a roof rack, skid plate, 2.5-inch Fox shocks and 18-inch BBS wheels with tractor-like tires from Michelin. The grille has been redesigned, now emblazoned with a handsome TOYOTA logo, while to the rear you can choose a cat-back exhaust for some meatier noise. 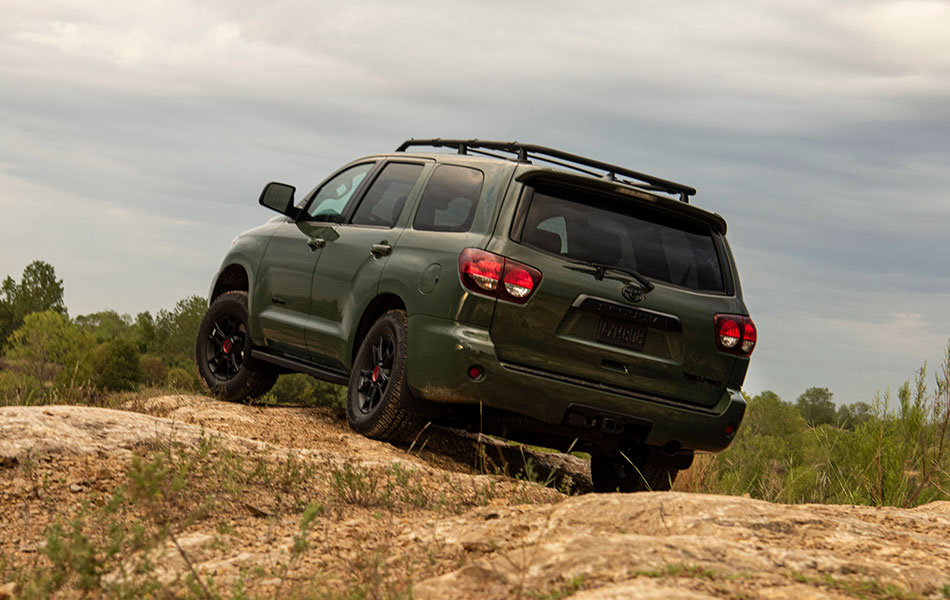 Such sounds come courtesy of a 5.7-liter V8 engine, mated to a six-speed automatic transmission, that delivers an impressive 381 hp and 40lbs-ft of torque. Like a world-class heavyweight pugilist, it prances around the ring—or roads, tracks or trails—with an ease that belies its near-6,000 pounds. Oh, and it can tow a further 7,100 pounds, also. This thing has genuinely been built to battle all manner of terrains. 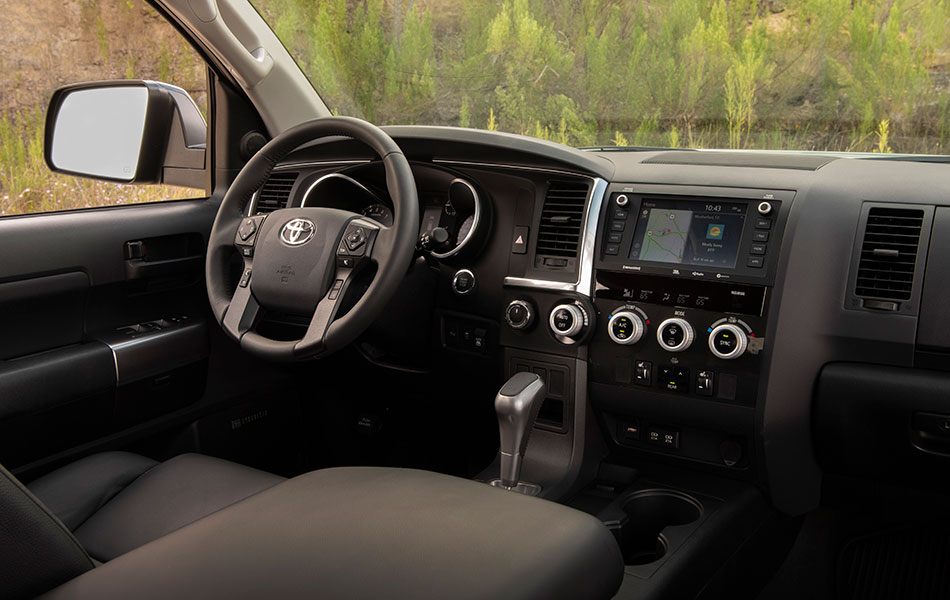 The roomy interior incorporates a seven-seat design that includes two upfront (obviously) along with a middle row of captain’s chairs and a three-place third-row bench. Headrests, like the floor mats, are nicely embroidered with the TRD Pro logo, and the red contrast stitching throughout is a nice touch. Expect luxurious goodies like leather upholstery, automatic climate control, a sunroof, keyless entry, a sunroof and Amazon Alexa, Apple CarPlay and Android Auto capabilities controlled via a seven-inch touchscreen. 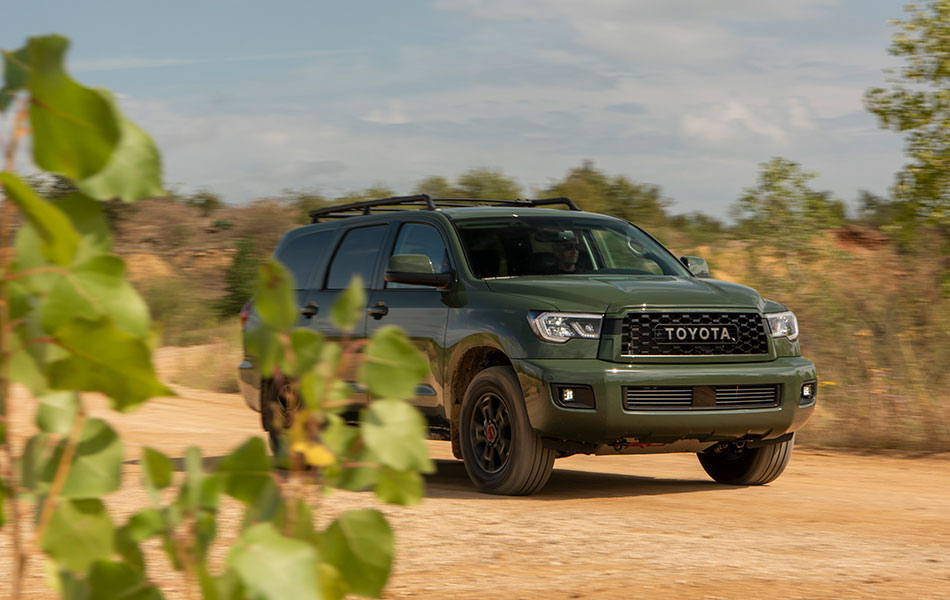 Exterior color options are black, gray and white, but we’re rather taken with the exclusive Army Green that further ups its badass cred. 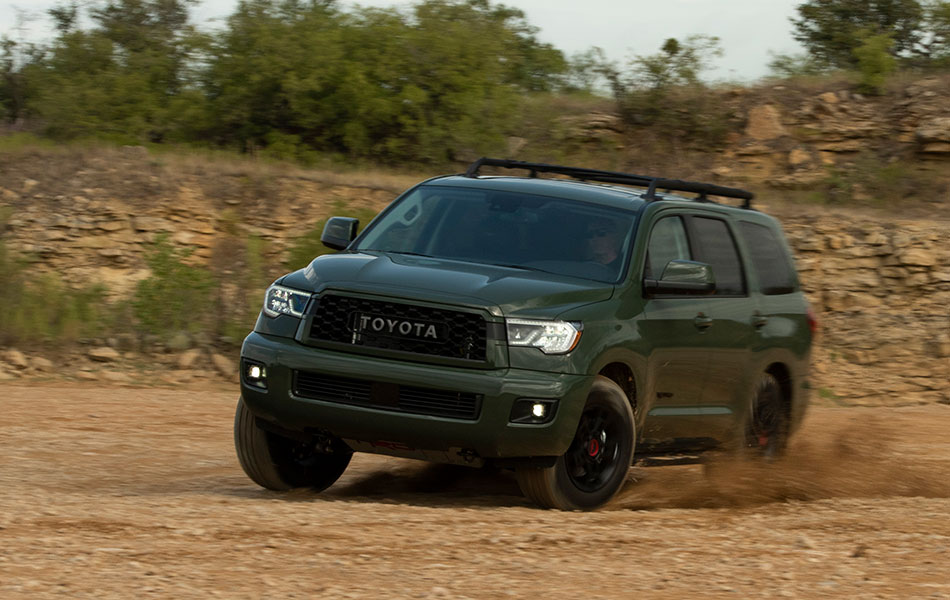