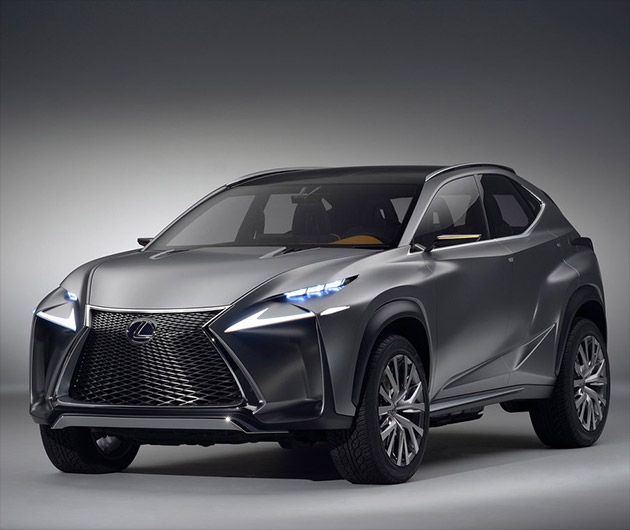 Sporting unusual design lines both inside and out, the rather mesmerising Lexus LF-NX Crossover Concept may be rolling off the production lines as early as next year. Equipped with the firm’s full hybrid drive technology, it’s been tuned for SUV performance and features goodies such as touch-sensitive electrostatic switches and a Remote Touch Interface. Outside is dominated by sweeping curves along with a spindle grille and expressive signature front lighting for an overall highly athletic build.