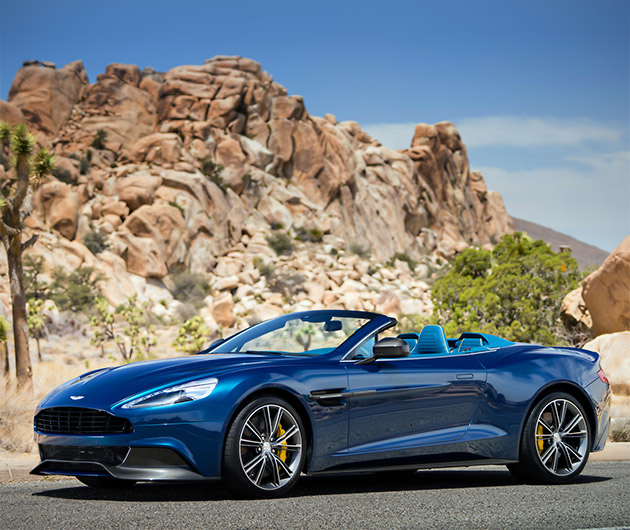 The topless carbon fiber twin sibling of the V12 GT certainly has all the right curves in all the right places with mouth-watering specs both inside and out. The engine of the Aston Martin Vanquish Volante is a 6-liter V12 that generates 565 hp and a top speed of 183 mph, passing the sixty mark at just over four seconds. Features include LED lighting, start button, glass gear selection buttons and driver aids such as Dynamic Stability and Positive Torque Control.